The last year has been one of decluttering and tidying. In that process, I found my first digital camera – the Fujifilm FinePix 6900 Zoom. I think I purchased this around 2002; the camera was released early 2001.

The specifications are interesting, compared with today’s cameras and smartphones. Maximum resolution was 2832 x 2128, producing a 3 megapixel image. ISO ranges were 100, 200 and 400, with aperture sizes from F2.8-3.1. At the time this seemed amazing, but we’ve had better phones than this for years.

Probably the most annoying attribute of the camera was shutter focus time. After clicking the shutter button, a picture could take maybe 1-2 seconds to complete, by which time a moving subject is already out of shot. This meant doing some creative pre-planning on the subjects movements to ensure an image was captured correctly. However, on the positive side, this camera had an eyepiece and rear display, making it great for holiday photos in bright sunlight.

I should mention storage, which was via SmartMedia cards or USB 1.0. The SmartMedia devices I had were a maximum of 128MB (yes megabytes, not gigabytes) and huge by comparison to today’s storage (see the image below). How technology has changed over time.

This camera was a great introduction to digital photography and it will be sad to see it go. However, it’s now 20 years old and way past what I can achieve with any other camera I own. Good times!

This week, the government is holding a hearing on the financials of the music industry, specifically around revenue from streaming compared to other forms of remuneration. This article from Sky News caught my eye, with Gary Numan unhappy that his streaming revenue for 1 million plays was only £37. I suspect that artists and others have a challenge understanding the mechanics of streaming versus radio and other revenue, so I thought it worth having a dig into the details.

Let’s start by comparing radio with streaming. The revenue generated from radio stations is naturally a closely guarded “secret” and available to only those who are members of PRS. However, this article references some numbers for the BBC. Cars and other Numan tracks are likely to be played on Radio 2, which in 2018 paid £22.77 per minute, or around £70 per track.

Radio 2 listeners are estimated at 14.44 millon over the course of a week. It’s difficult to translate that figure into a number that represents the average listener count, but taking this data into consideration, the average could be between one and two million.

So, a single play on Radio 2 could reach between 1-2 million listeners, for which the royalty is £70 (approximately). This compares well with a return of £37 for 1 million plays. The content is reaching a similar audience size, with similar revenue returns, although we don’t know exactly how the BBC royalties are divided up. It could be that £37/million is a good figure for royalties received by streaming.

Part of the challenge here is understanding the concept of big numbers. Receiving £70 for one play on Radio 2 seems great; receiving £37 for a million “plays” on a streaming service seems terrible. However, the two are not directly comparable, because reach is different.

If we look at the most popular streaming service, Spotify, the numbers are huge. The company boasts 320 million active users, with 144 million subscribers (the remainder receive adverts), with access to over 60 million songs.

Assuming every active user streams for one hour a day (or 20 songs), that represents 6.4 billion downloads, or every track played 100 times a day. if that were true, every track would only be downloaded less than 40,000 times a year.

Now, we know that averages never work. In reality, the 80/20 rule generally applies and some songs will receive many more downloads, while others might never be accessed. The average user can stream perhaps 240 tracks a day (20 per hour) over a 12-hour period – from a collection of 60 million. Getting any plays at all is still a remarkable achievement, with so much competition for air time.

The move to streaming represents a change in technology and commercials. As co-founder of a music company, I regularly produced PRS reports and paid royalties. The process was torturous, with so many companies and individuals claiming ownership of music rights. Much of this was based on geographies, specific albums and recordings and sub-licensing. Spotify must have a Herculean job in reconciling who is owed what money.

The entire music industry has changed since Gary Numan first released Cars in 1979. At the time, people purchased albums and played them forever. Fans invested time in their favourite bands. Today music has become almost throw-away and many artists treat their fans the same way. Music is a truly commercial enterprise.

It’s testament to the quality of songs like Cars that they continue to get plays and downloads year on year. However, with every year that passes, the collective back catalogue of music grows and makes it ever difficult for any one track to stand out. Music artists, like everyone, need to be continually re-inventing and refreshing their music, rather than resting on the laurels of a track written 40 years ago. Streaming services are not unreasonably penalising artists. They offer access to hundreds of millions of listeners, in return for a cut of the profits. Try doing that yourself in this media noisy world and see how hard it can be.

This recent BBC article shines a rather sad light on the state of our community. There’s no excuse for rudeness, but I think we’ve reached this point due to a number of escalating issues that the government chooses never to address.

There are real challenges in dealing with scam calls. I receive around 2-3 a day, some weeks (others not so much). Every call is using either a faked or a VoIP landline number for an obscure location, like the Outer Hebrides. No-one ever leaves a voicemail. The same challenge happens with withheld numbers. 99% of them are scam callers.

Fixing the problem of scam calls should be easy. However, the government chooses not to crack down and the old solutions such as Telephone Preference Service (TPS) don’t apply to overseas “boiler rooms”. Caller-ID should be easy to trace and align to certified numbers. After all, we do it today with website URLs and DNS names. The industry could solve this problem.

Many people will be happy offering their data to the T&T service, knowing that it could help virus spread and reduce lives. Unfortunately, there’s little or no transparency from the government on how the data will be used.

This page provides some great detail on the way in which T&T should work. However the data protection statements are incredibly vague and don’t explain basics such as how long data is retained and who will have access to the data itself. The government needs to do more to build confidence in the system.

Then we get to the biggest challenge – competency. A few months ago we learned that the T&T system uses spreadsheets to share data, and even then is using them in the wrong way, probably due to old ODBC code that uses XLS rather than XLSX format.

When we’re promised a “world beating” system that’s eye watering in expense (£22 billion as quoted in November 2020), then we really deserve something better than the terrible app and the inefficient call handling system that we’ve received. While the £7000 a day figure might not be entirely accurate (more on that in a moment), the average person watching TV will wonder how on earth a government can justify such spending for so little in return.

A lot of revelations will likely appear in the months and years following the COVID-19 outbreak. I’m sure we’ll hear of collusion and favouritism in awarding contracts (and jobs), like we’ve seen already. By the time the investigations are complete, the MPs in question (and many companies) will be retired or dissolved. None of this builds trust with the general public.

Governments don’t like to be called to account. This is especially true in the UK, but hasn’t been the case globally, where we’ve seen countries like New Zealand coming out of COVID-19 much earlier than the rest of the world. Geography helps there, but transparency, honesty and trust are the biggest winners. If there has to be a “lessons learned” exercise, it will be to understand that without trust and the respect that requires and earns, the UK and other similar countries will never be the leaders in resolving future pandemics.

I’m not a great fan of the UK Honours system. Too often, honours are granted to those who have literally just done the job they have been paid for. Admittedly, some awards are for inspiring the nation rather than just being there, and Ben Stokes’ amazing finale in the cricket against New Zealand is a great example.

However, today we’ve seen a monumental mistake come to light, as we found out that the full contact details of all 1000+ New Year awards recipients 2020 had been published online.

It’s hard to imagine how this could have happened. The government has been publishing awards lists for years through their website. What went wrong this time?

It’s not a glitch

Somewhere in the publication process, a human made a mistake. The wrong file was uploaded, either inadvertently or carelessly through bad process. Either way, a person is accountable. If the review we can expect into the failure finds a person is to blame, we need to see the person admonished in the correct way. If this was negligence, the individual should be sacked.

Where does this leave the 1000+ award holders and how can these failings be addressed? We theoretically have robust processes for managing data breaches in the UK, based off EU GDPR rules. The rules need to be strictly enforced in this situation. Fines should be imposed. Precedent should be set.

The more likely outcome is this issue will be pushed sideways, kicked into the long grass or whatever expression is your favourite. After a lengthy internal inquiry, we can expect that “human error” will be quoted as a factor and “lessons will be learned”. The most disappointing outcome is that no-one will take personal accountability. Perhaps this is reflective of the state of the world as we edge closer to 2020. 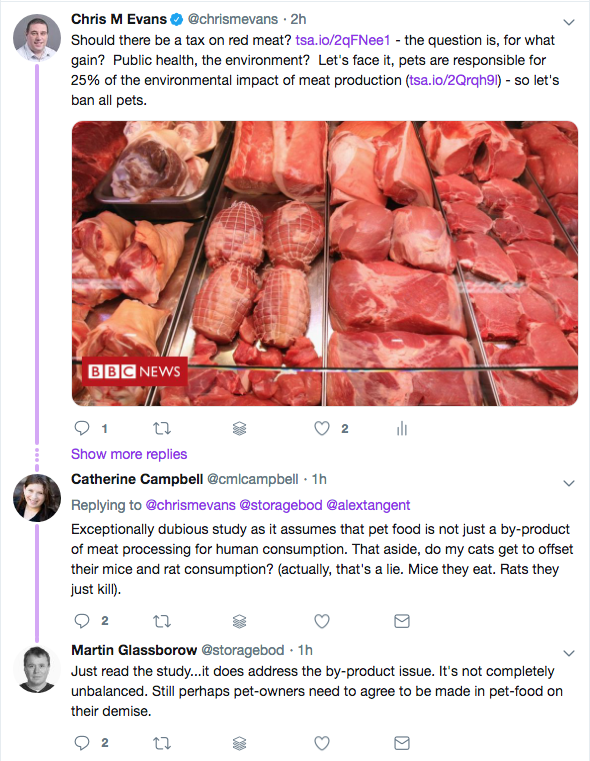